Recently, I saw a post on Facebook that read, “It’s going to be a “I said what I said kind of year.”

And I felt that.

It made me think about the art of being assertive and the ways it works in your favor when you master it. Being assertive means you know how to communicate what you want and say how you feel in a respectable way.  It means being honest about your views, but also masterering the skill to agree to disagree respecting other views and point. Although you may be judged, side-eyed, or whispered about, you are also more likely to get what you want by being honest with yourself and others. Although people won’t admit it, assertiveness also brings more respect from individuals. It’s a trait that is honorable- when used in the correct ways. Nothing is wrong in being firm in decision making, but you can also be strong in your beliefs while respectfully disagreeing with someone else about theirs.

There is art in being an assertive woman.

One who knows what she brings to the table.

One who does now allow anything to stop her.

One my favorite fictional characters is Miranda Priestley, the boldly assertive, no nonsense fashion Editor -of -chief of Runway Magazine in the book and motion picture, The Devil Wears Prada (2006) . Even though Miranda had me shaking my head in some scenes from her sarcasm and cold behavior,  I also respected the hell out of her as she gave us a couple of “aww” moments showing the softer parts of her. Her character taught me the true power of saying “No” without owing an explanation behind it. It showed me there is nothing wrong in standing firm in what I believe and do, even if everybody won’t agree with it. Our behaviors are observed and learned by people we know, and also by strangers. Simple behaviors you display are seen by others, but there can also misconceptions.

Chile…Misconceptions are the devil!  That’s why you can’t entertain them!

You have to move forward to becoming a more assertive woman!

When you’re comfortable in your space and know what you want, it also shows through your behavior. Stay firm in your decisions, and do whatever it takes to complete them, while also being admirable about it.

2. Value the other person.

You’re not going to agree with everyone, and that’s fine. The key is being open to other views, even if you have to respectfully disagree or not.

3. Show Assertivness Instead of Aggressiveness

The mantra, “the only limit is you” pops up in my head the minute I start doubting myself. It’s a gentle reminder that helps me get my life together in seconds.

It also helps with my self-discipline. If I treat myself better, I will choose to treat others better. If I practice the art of assertiveness instead of agressiveness, I will understand and value the other person’s perspective as I understand my own. Being assertive not only helps your relationships with others, but it also help boosts your courage and inner strength making it easier to face things. Assertiveness gives you the power to do the things you were scared to do and face the things you were avoiding. 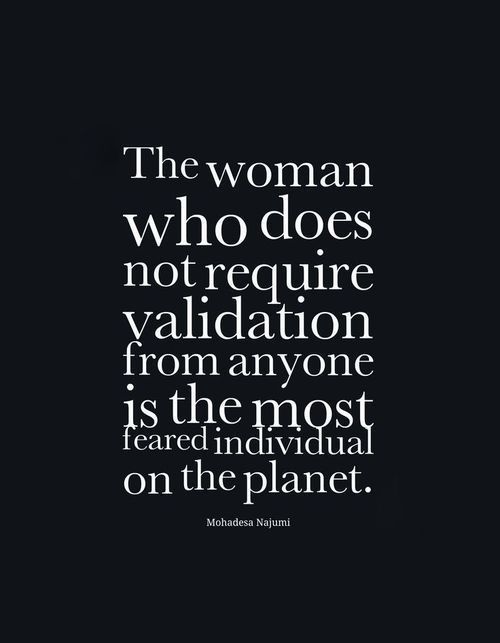 “Nobody can make you feel inferior without your consent.”

“It is confidence in our bodies, minds and spirits that allows us to keep looking for new adventures.”

“When I dare to be powerful, to use my strength in the service of my vision, then it becomes less and less important whether I am afraid.”

“The thing women have yet to learn is nobody gives you power. You just take it.”

Check out my latest ebook, I have a poem…