“If you haven’t started hustling for 2017, you’re already behind.”

As a hustler, you’re always finding ways to stay ahead of the game. I had the privilege to catch up with bestselling author Mercy B Carruthers, and catch up with her to discuss her anticipated memoir, Hustle Sold Separately: Memoirs of a Hustleholic releasing in January 2017. 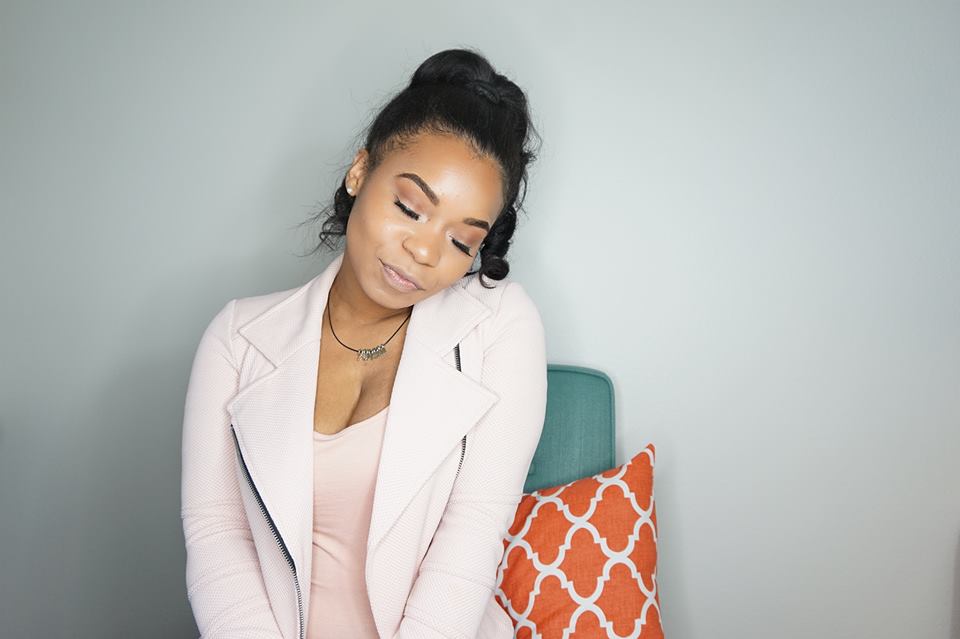 Mercy: “Personally, I think that Mercy is the female hustler that every young woman should encounter at least once in a lifetime. I’m not saying so to toot my horn, hint hint. Mercy comes from the struggle, and I don’t mean the visible one. I’m talking about the type of struggle that you’re blind to until you’ve made it out of. Mercy is the girl that hustled her way out simply because she felt that there was more to the world than what she’d been exposed to. There was no one to look up to around me, or anyone I aspired to be. I just always knew that better was out there somewhere, and I laced up my boots and went to find it.

However, to be a bit more informative about my current endeavors, I’m Mercy the 31xs National Bestselling Author, Publisher, Ghostwriter, and Creator. Collectively, I’ve published over eighty-five books, thirty-four of them being my own. I head a magnificent literary division, Mercy Publications & Co, in which houses three companies –Mercy B Presents, The Mercy B Project, and Mercy, the brand. My day to day includes writing, assisting others with writing, and publishing books for women across the globe.

Each accolade I’ve named prior to this exact sentence has been obtained in under twenty-two months of setting sail as a writer. My two-year anniversary is approaching, and I still have a hard time believing all that I’ve accomplished in the midst of it.”

“What is your definition of a Hustleholic?”

“One that’s addicted to the hustle.”

Mercy: “We often hear the saying, “There’s two types of people in the world. There are doers and there are thinkers.” I find that to be true, but I never use the phrase because I find some fault within it as well. There are doers, and there are thinkers. Hustlers, however, are the thinkers that do, too. To make sense of it all, as a hustler, you can’t manage your hustle by indulging in one act without the other. If so, your hustle will never quite work itself out. You must be equally equipped with both aspects in order to maintain and gain.

“What will the readers learn from Hustle Sold Separately: Memoirs of A Hustleholic?”

Mercy: “Hustle Sold Separately: Memoirs of A Hustleholic is set to release on January 15th, in which happens to be my 26th birthday. While I’m geeked about my birthday, I’m even more so happy about the release of HSS. Within the pages of this little pink book is a story worth telling. Through a collection of journal entries, I bring readers into the world of a hustler. I felt the need to show the good and the bad, because it’s too often that we see the glamorous side of the hustle.

No one really wants to just come right out and say that the bad habit of spending their hard earned money is tied to a historic point in their lives where stealing was necessary to provide themselves with the fancies that they WANTED in life. I’m not ashamed of it. It speaks volumes in terms of my growth.

Hopefully the takeaway from this amazing novel is that nothing will be handed to you until after you’ve hustled (worked) for it. No one cares about the million excuses one tends to formulate. It’s either eat or be eaten.”

“Where can we find Hustle Sold Separately?”

Mercy: “Hustle Sold Separately is available for preorder at bit.ly/hustleholic or on my website at http://www.MercyB.online. The release is January 15th. The great thing about this book is that it doesn’t come alone. When you purchase your copy, you will also get a Wealth Journal. This journal is geared towards the understanding of accumulating wealth –mentally, physically, spiritually, intellectually, and financially.”

Mercy: “I’ll be completely honest, Oprah. God revealed to me some things that my 2017 will bring that I don’t even think I can quite wrap my own head around. I was just telling a friend that 2017 has scared me, and it hasn’t even approached.

Moreover, there are a few pieces of 2017 that I am certain about, and that’s progression. I have a program that I am launching called, “The Written Agenda.” Within the 90 program, writers can expect a published piece of literature by the end of our commitment. The program is for anyone from the aspiring, first time, to veteran. I’m pretty excited about the second quarter, because that’s when it’ll launch.

Besides the program, I am seeking more partnerships and ghostwriting opportunities. Also, I’ve added Speaker to my jacket, and will be joining a few panels. The rest, I’m leaving to the man above.”

“What motivated you to write this book?”

Mercy: “I was motivated by the lack of will that so many have when it comes to their destiny. People will let any and everything get in the way of their hustle –including love, relationships, and family. I lost my daughter’s father three years ago, and I’d never felt a pain so deep. The very depression that I fell into following his death lead to my “glow up.” In knowing that your darkest hour can be transformed into your defining hour, I feel as if there is no excuse for anyone to continue to waddle in self-pity or poverty when there are resources (FREE) to help create a better life out here. The story has been told too many times before. We all struggle. What becomes of your struggle is what defines you. I chose to hustle, and I just hope that after reading this book, others do too.”