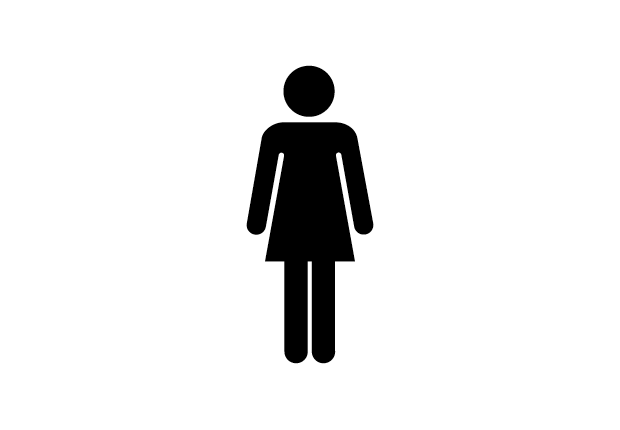 You might be the single woman who looks at beautiful wedding gowns and you envision yourself in them. You might be the woman looking at the beautiful couples on Facebook who just got engaged or just got done celebrating their wedding anniversary. You admire the big rock on the woman’s fingers and think she really must be special to receive something so valuable. You might be the woman who is panicking because you feel like you’re getting older and you’re getting impatient with God asking him, WHERE IS HE? WHERE IS MY HUSBAND? WHERE IS MY BLESSING? WHEN AM I GOING TO HAVE KIDS?

I used to be this woman. Always wondering.

This year in September, I make 29 years old. At the moment, I am still “single” meaning I am not married legally or ordained by God to anyone, and I still carry my last name. I also don’t have any children. The year I turned twenty-seven, I guess you can say I was “on one” and didn’t really care about God’s timing. I had a plan for myself. People my age were already on their second and third child with husbands..and here I still was asking a guy his favorite color on the first date. I felt lost and behind. I had to hurry up to catch up with everybody else. Because I saw marriage and children happening to everybody else, I feared I was “missing out” and that’s when the doubting came in place. It seems like everybody is doing it. Why hasn’t it happened for me yet?

And that was the problem. I was looking at everybody’s vision instead of my own.

When I turned twenty-eight, I had a new perspective on my life. God make things happen in our lives for certain reasons. And he also makes us wait for certain things for a very good reason. It seems like the more you want something, the harder it seems to get there. While I was too busy trying to build a relationship and take my future in my own hands, God was trying to tell me, “I need you to FOCUS on ME right now. I haven’t forgotten about you, but you must wait your turn just like everybody else. You don’t understand it now, but there is a reason why  you’re not married with kids yet.”

Then I accepted the honest truth. It hasn’t happened because it’s not time in God’s eyes yet for that blessing. My future husband may not be ready in God’s eyes yet. Hence, I didn’t say it’s not going to happen, but for some reason God is trying to teach me as much as he can first before I enter the next stage. Sure, I might be ready in age and mature enough to handle marriage and kids, but I’m not ready in God’s eyes yet, meaning he has enough favor on me in order to make me wait. He has enough favor on me to take this time to mold my future husband, for he too might not be “spiritually ready” yet. When it does happen, I’ll know I married the right man, not just such random man on impulse. I also will know I had children with the right person because I didn’t jump the gun and I  waited on God to move me instead of my flesh. One night of pleasure with the wrong person can change my life forever, so it’s only right to thank God for blockages. It ‘s heartbreaking to see people be married to people they knew they had no business marrying. It’s heartbreaking to see single mothers hating their child’s father and wishing they would have waited to have children later (or with somebody else) rather than sooner.

“But I want a wedding”

With our generation, the exchange of vows and becoming TRULY one with someone are slim to none. Weddings are beautiful, but the real business starts when the limelight is off you and you take off the wedding dress. Are you still the same woman who just said “I do”? Don’t be in a rush to make a lifetime commitment to someone just because you want to wear a beautiful dress and flex for social media and the world.

I often hear older single women say, “But I’m not getting any younger! I need to be concerned about health risks about having a baby after the age of 35!”

The above statement may be true, but who said you didn’t have to worry about health risks having a baby at the young ages of 20-25? Think about it. Every step you make in life has risks, including marriage. Give your worries to the Lord and trust that he knows what’s best for you. Stop worrying about statistics about the appropriate age you’re supposed to get married and bear children. There is no such thing as a perfect time for marriage and kids, for it doesn’t come with a handbook. You just have to be ready to roll with the punches. If it’s in God’s plan for you, it will happen. Stop worrying about people asking you when are you going to get married and have children. They have no right to voice their opinion when they’re not responsible for the life God is laying out for you. Plus, they don’t have to go through your seasons that it takes to get there.

“But all of my friends are getting engaged and having kids”

And you should be happy for them! If you can’t be happy about somebody’s else blessing, how do you expect God to give you your blessing? But let’s face it,  different strokes are for different folks. Honey, you’re not your friends. You are you, meaning you have your own life and your path may not directly follow theirs. This is not something to get upset over. This is the time you should prepare yourself and ask God what he wants you to do in this time.

Last year, God let a man enter my life who is blossoming into my best friend. I pray for him daily. The subject of marriage and kids is not something we take lightly. We are taking out the time to create a bond no man can shut down and making sure to put Jesus as the center of all our decisions together. If it’s in God’s plans for us to get married and have children, then so be it.

If you’re single and dating/courtship with someone, ENJOY this season and learn from it. Marriage and children are a different ball game from what I hear and see. Dating and courtship is the time to make sure you are with the person you’re supposed to be with before marriage takes place. I rather take out the time to know my future husband/father of my children wisely…rather than trying to rush the process because of my age or what society tells me. You can’t rush something that’s meant to last forever. Stop looking on the outside and focus on you.